MS Dhoni’s run out in the penultimate over proved to be the final nail in the coffin for India who fell well short of their 240-run target. A top-order collapse put India under the pump before Dhoni along with Ravindra Jadeja put up a sensational century stand to raise hopes of a turnaround.

There were 6 fielders outside the 30 yard circle when Dhoni was run out. Shame on Umpires for this level of awareness and that too in World Cup Semi-final 👿👿👿 pic.twitter.com/ocA8xSuNbz

But with the dismissal of Jadeja and the run out by MS Dhoni Martin Guptill which changed dashed all hopes as the title-favourites fell short by 18 runs.

However, a video which has emerged on Twitter has sparked a massive debate on the legality of the delivery and a possible change in the outcome of the match. 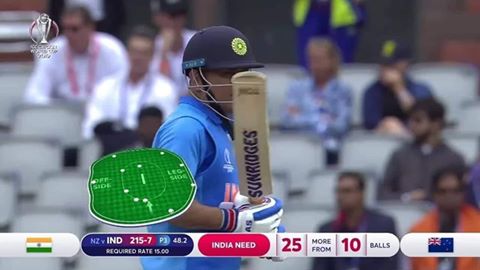 As per rules in the third powerplay, only 5 fielders can be outside of the 30-yard circle. But before the ball is delivered a small graphic shows 6 New Zealand players standing outside the ring. It must be remembered here that even if it was a no-ball Dhoni, would still be run out ( as a batsman can be run out of a no-ball). 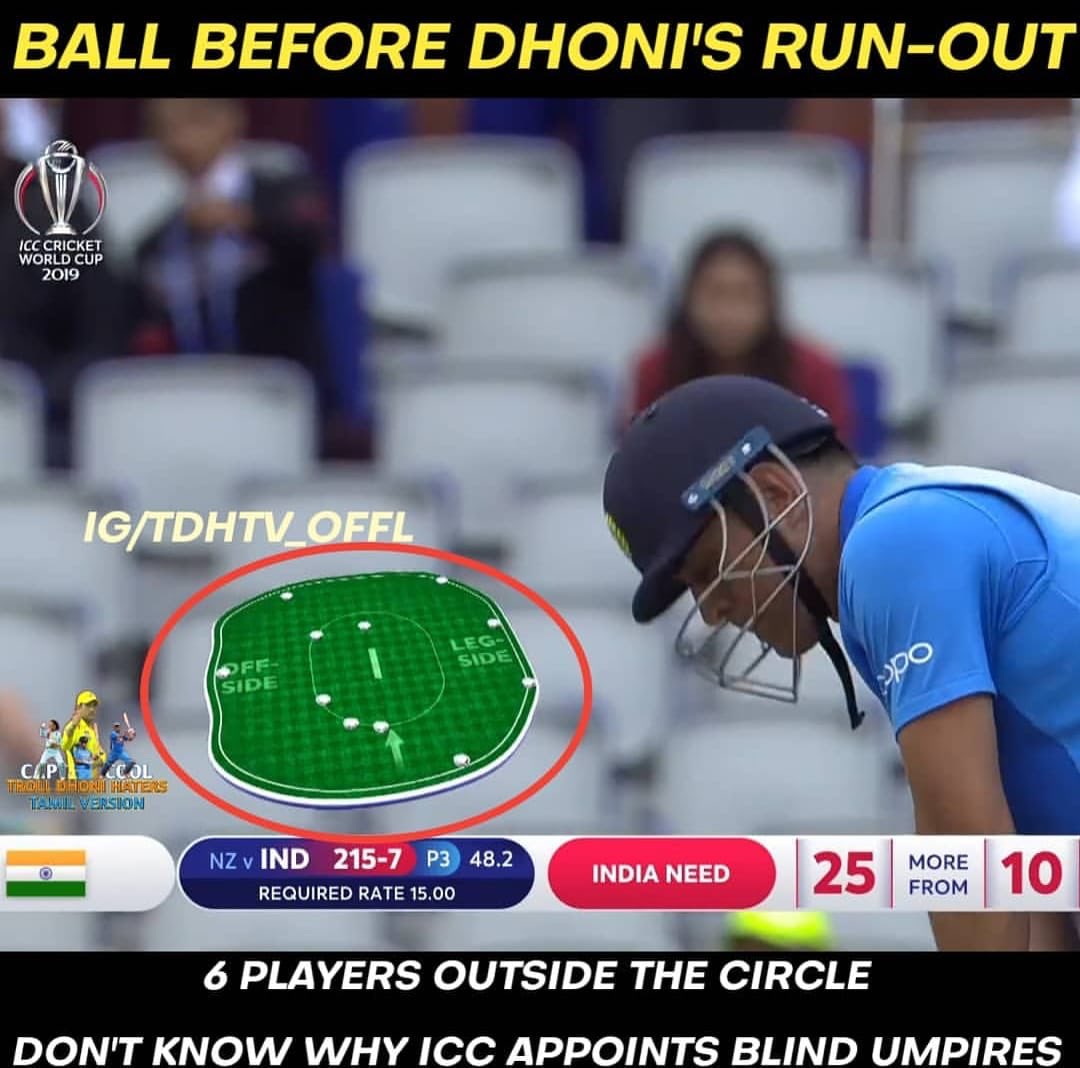 However, the video has prompted widespread reactions with several fans slamming umpires and saying, “Dhoni might have not taken the second run if it was no ball. If indeed umpires made an error then it would have been a no ball & the next ball, Dhoni would have got a free hit. Instead, he had to run hard for two and got run out.”

With 25 runs needed off 10 balls, Dhoni attempted a quick double but Guptill sent a missile direct throw to get Dhoni out. Thereafter it was a mere formality as India were bowled out for 221.

Reflecting on the loss India captain Virat Kohli said, “MS had a good partnership with him, and again a game of small margins, run out by a small margin. Always feels bad when you play well all tournament and then 45 minutes of bad cricket puts you out. New Zealand deserve it, they put us under more pressure. At times, I think our shot-selection could have been better.”

“We thought we had restricted New Zealand to a chaseable score on any surface but the way they come out with the ball in the first half-an-hour was what made the difference,” he added.

WhatsApp admin? You may go to jail by doing THESE 5 things

New Delhi: If you use WhatsApp, you’re probably familiar with WhatsApp groups, as well as WhatsApp group moderators who create groups and invite individuals to […]

Apple Says iOS 14 Security Updates Were Temporary, And You Should Update To iOS 15

It was recently reported that Apple is forcing iPhone users to update to iOS 15, after allowing iOS 14 users to remain with the older […]

New Delhi. If you are not used to digital transactions or you prefer cash transactions, then your pocket is going to increase in the new […]

New Delhi: In what be good news for subscribers of the National Pension Scheme (NPS), the Pension Fund Regulatory and Development Authority (PFRDA) is soon […]

Big Alert! If this work done in the car, then heavy traffic challan will be deducted, the ministry warned, check immediately

New Delhi: The Ministry of Road Transport has issued an alert regarding driving on the road for cars, motorcycles. If you also have a vehicle […]

Are you ready for the Data Protection Bill?

India’s Data Protection bill looks to provide the legal framework for the right to privacy to Indian citizens. But with suggested fines of Rs 15 […]

Good news for Jan Dhan account holders! Now you can get the benefit of 10 thousand rupees without balance, know how here

New Delhi. If you also have a Jan Dhan account, then this news is of great use to you. Apart from this, many facilities are […]